Out From Under the Shadow

Kathy — Sometimes Father gets us positioned for a mandate with a vision or dream, or with a gift of the Spirit like a prophetic word or word of knowledge. In an elders’ meeting a few months ago, we were praying for our nation and I heard the Lord say that we are coming out from under the shadow of an old enemy. I knew He was speaking of our nation corporately, but I was doubly impacted as I realized He also meant personally, individually and as families we are coming out from under the shadow of an old enemy! (If that quickens your spirit now, take it!) That meant we are in a God-time for release from an old dread or a longtime struggle or threat or undermining saboteur. It’s Father’s time for relief and a God turn in our lives! He also said that old enemies are going to lose their voice. Those defeating voices that keep resounding in our heads and those voices that keep sounding out through the media in our nation are going to lose their voice. So be It! As a nation, I believe this enemy is like Legion with many gathered forces that have cast a shadow over us. However, we have come to the Kingdom for such a time as this and the Kingdom has come to us for such a time as this! This prophetic insight showed me that Father at the moment was in the process of releasing people and the nation, so I began to participate by AGREEMENT with that in prayer and by WATCHING for changes and evidence to celebrate His doings.

This entry was posted on November 3, 2021 by Marty Gabler. It was filed under Uncategorized . 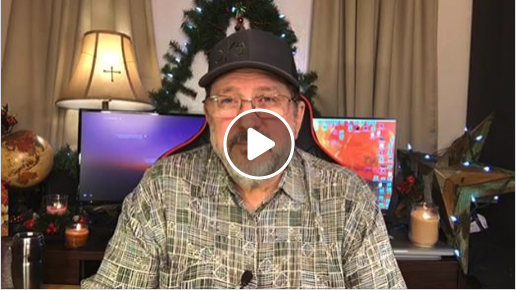